It takes its name from the dwarf palmette, typical of the Mediterranean scrub and which grows within the archaeological site. The Nuragic Village of Palmavera is one of the most significant monuments of the ancient megalithic cultures of the western Mediterranean. It is one of the most important and fascinating sites that the Nuragic civilization built on the island and which falls fully within the context of the more than 8,000 nuraghes scattered throughout Sardinia. Built during three phases, the oldest structures are dated to the 15th century BC. while the end of the village dates back to the 8th century BC, when a violent fire caused its destruction. 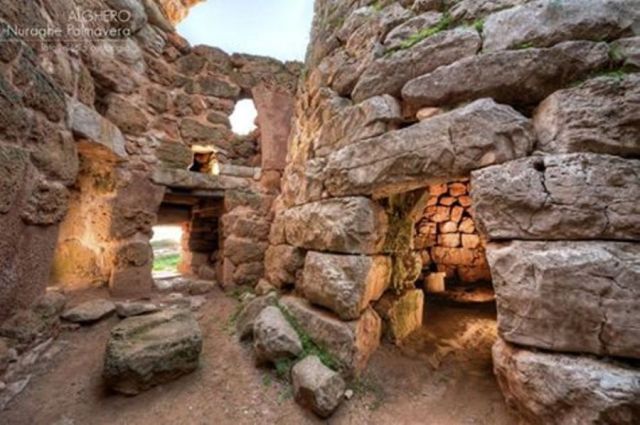 Opening: all year around except Christmas

Over 8,000 nuraghes scattered throughout Sardinia, buildings that defy time, among the most significant monuments of the ancient megalithic cultures of the western Mediterranean.

And the Nuragic village of Palmavera fits perfectly into this context, presenting itself as one of the most important and significant sites that the Nuragic civilization has built on the island.